Bacopa is a staple in most Nootropics stacks, with the benefits of Bacopa being widely studied, it’s one of the most popular natural Nootropic supplements.

Bacopa Monnieri, often referred to as Bacopa, is a Nootropic herb that has been used in Ayurveda for thousands of years, it’s believed to be used as a treatment for memory disorders and anxiety.

It contains compounds called Bacosides, these chemical compounds are a mixture of dammarane-type triterpenoid saponins. Bacosides have the ability to promote new nerve growth and also help repair damaged neurons. These effects will improve our brain’s neuron communication as well as improve our mental performance and cognitive function.

Tests on mice showed that supplementing Bacopa improved their spatial learning as well as their ability to learn and retain new information. In a human study, subjects supplementing 300mg daily were found to have improved speed of processing visualisation as well as improved memory, attention and learning rate.

Numerous studies on children have shown that supplementing with Bacopa can help reduce the symptoms of ADHD. In one study symptoms such as restlessness, poor self-control and impulsivity was reduced in 85% of the children.

Although it’s yet to be proven in humans, some studies have suggested that Bacopa can fight cancerous cells. It can kill some cells whilst inhibiting the growth of others, this is thought to be due to the high levels of Bacosides found in it.

As is always the case, you should consult your doctor before trying any new supplements. Whilst Bacopa is generally considered safe, some people could experience nausea, stomach cramps and diarrhea.

How To Take It

Bacopa is primarily taken in capsule form when supplemented on its own, with human studies suggesting 300mg-450mg daily is the ideal dosage to feel the benefits.

Given its reputation as one of the best natural nootropics, you should make sure that this is included in any Nootropic stack that you go for. It’s unlikely you’ll see the full 300mg in stacks as manufacturers will use other nootropics with similar benefits but at 200mg, you get a solid dose in Hunter Focus. 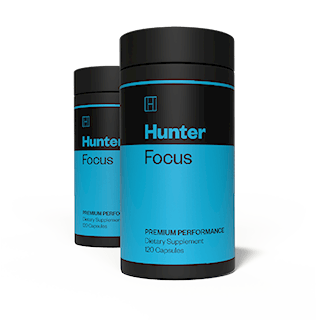